Nahimic is a software that improves your listening experience it comes with some features that add to your computer sound performance they include:

This feature uses the beam forming function that allows the user to focus only on the sound signal when using the microphone when communicating. This feature removes noises that are stationary found outside the beam this results in increased clarity when you are talking using your computer.

This feature prevents microphones that are near from recording any sound that is reflected from any loudspeakers found near your computer device. When your conversation is echo-free, you can hear the other party clearly without any issues. Therefore enhancing your listening experience when communicating using your computer.

This feature increases the variation of the user’s voice dynamically. This results in the user having an intelligible conversation with the other party when using Nahimic in their computer when communicating.

This feature uses the Surround Sound Technology; this unique feature is only available to Nahimic users as it is patented. It allows better localisation of sounds when playing a game as it allows for visual indication of sounds. The sound tracker is designed to operate like a radar which shows the users when an engine is run, or a gun is shot during the game you get a visual indication that gives you a heads up that something is about to happen which allows you to navigate your game better especially if it is the first time that you are playing the game.

This is a mixer that manages volume in apps and when used in VOIP. This feature is highly appreciated by players who play online multiplayer games. This feature allows team members to be able to communicate effectively as it prioritises their voice rather than the sound of the game thus allowing team members to be able to hear each other smoothly when communicating while playing the game. 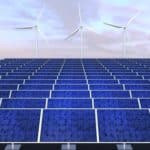 I’M SOLAR products make solar power an option for all